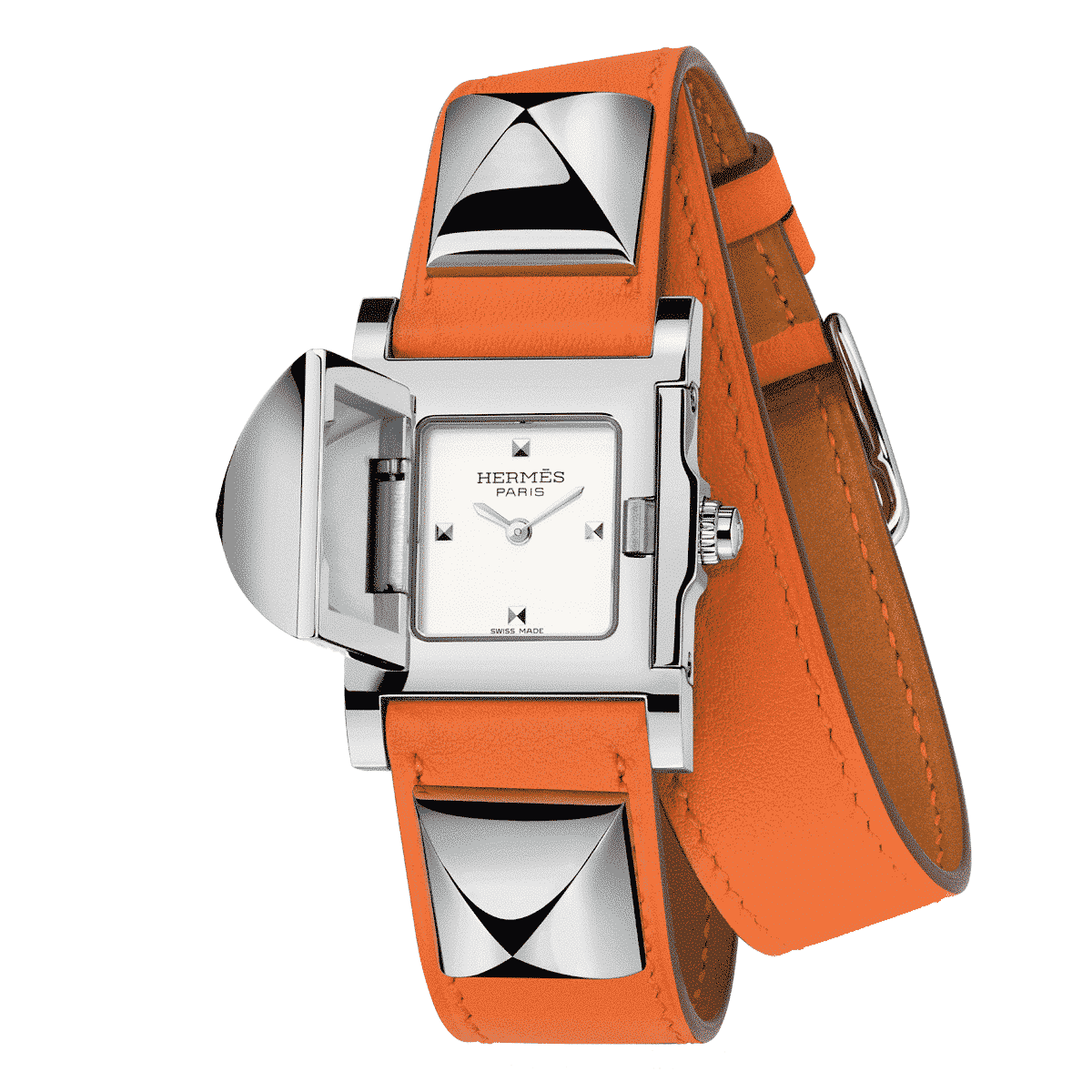 A TIME OF SECRETS

One of the favourite Hermès passions is playing with time, diverting it and revealing its passing at will. Therein lies the spirit and originality of the Médor watch: making hours and minutes a precious well-guarded secret. First introduced in 1993, the Médor watch draws its inspiration from one of the first objects invented by Hermès for man’s best friend: a dog collar, designed for hunting. Initially adapted as a belt in the 1930s, and then as a bracelet, it appears in a watch version featuring a colourful strap with “Clous de Paris” pyramid-type studs in plain or gemset gold or steel. The aesthetic is elegant and particularly original.

The brand Hermès is available in our boutiques: 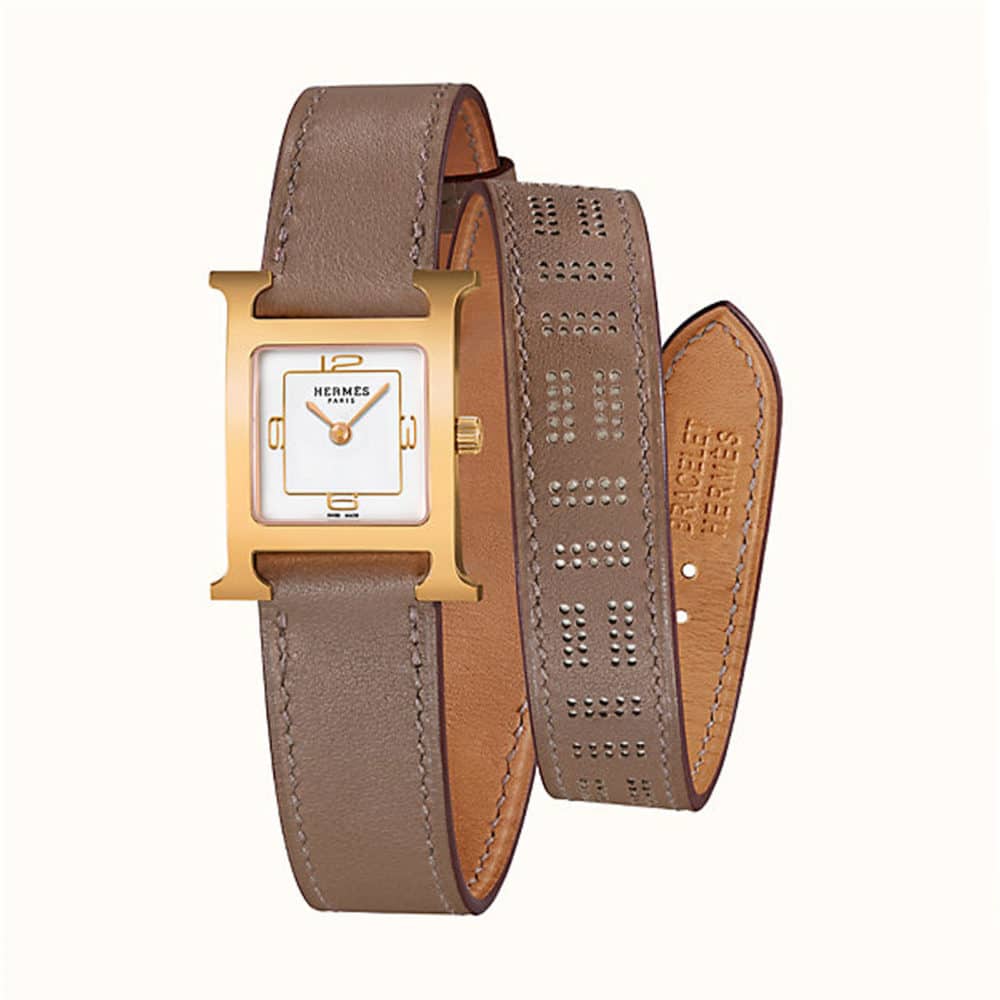 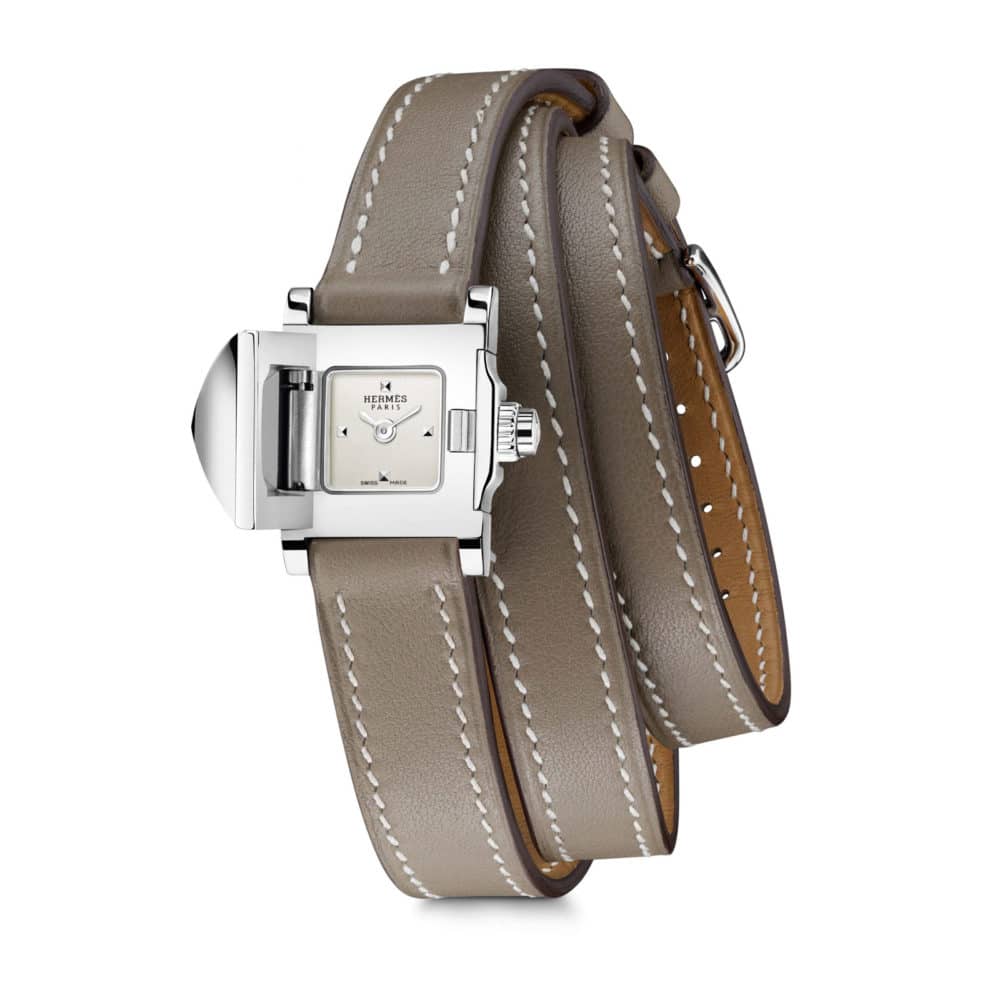 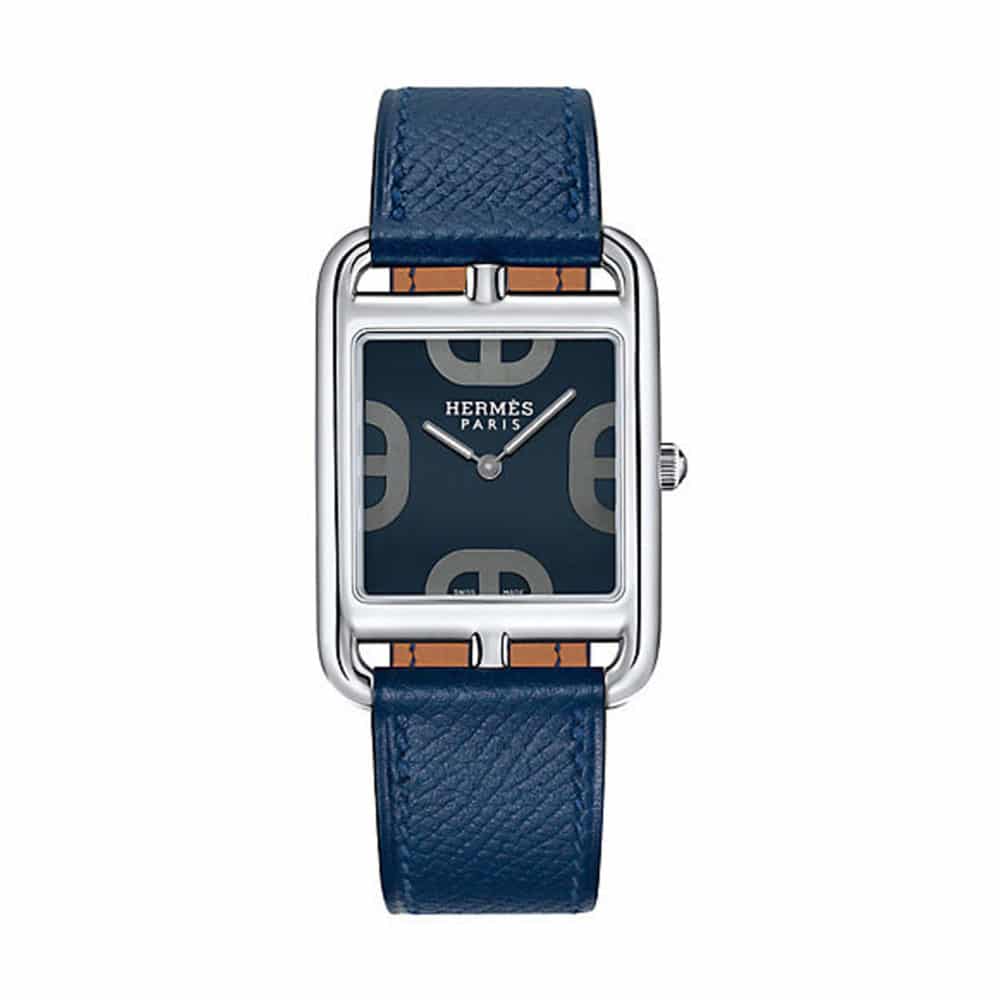 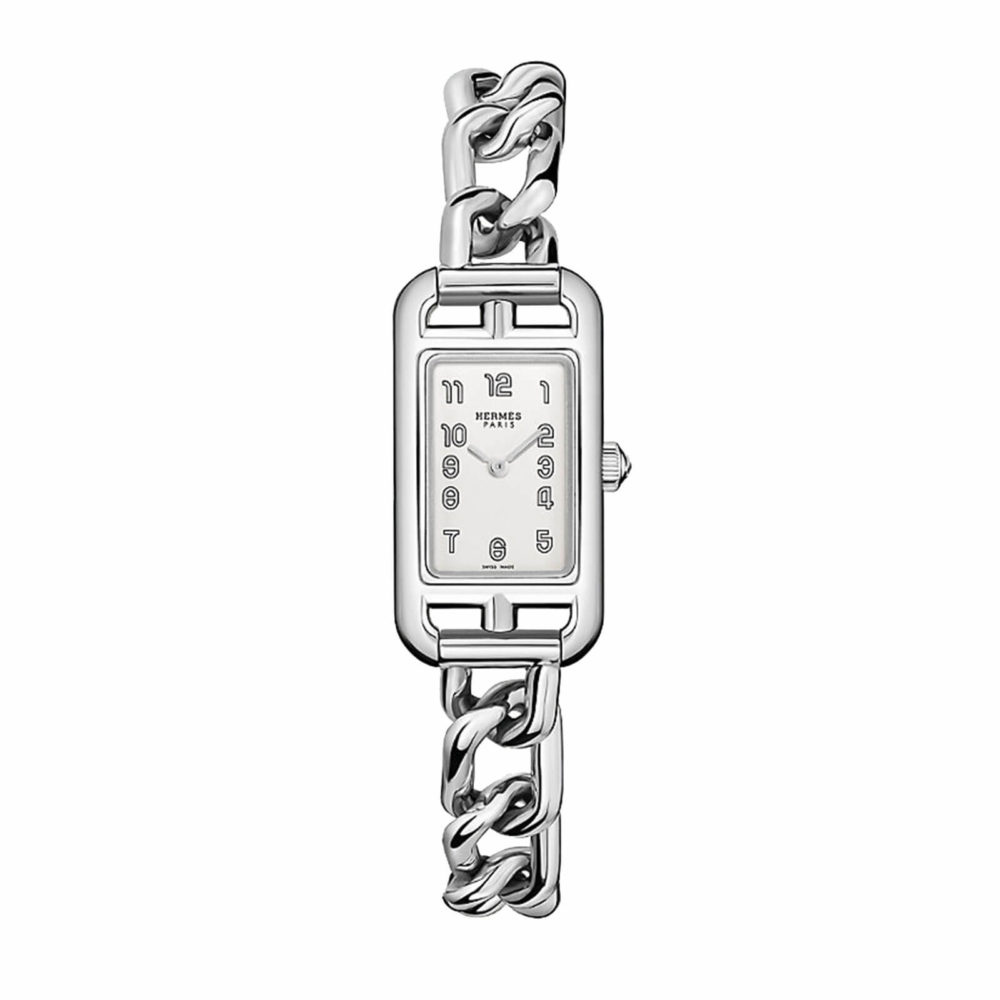 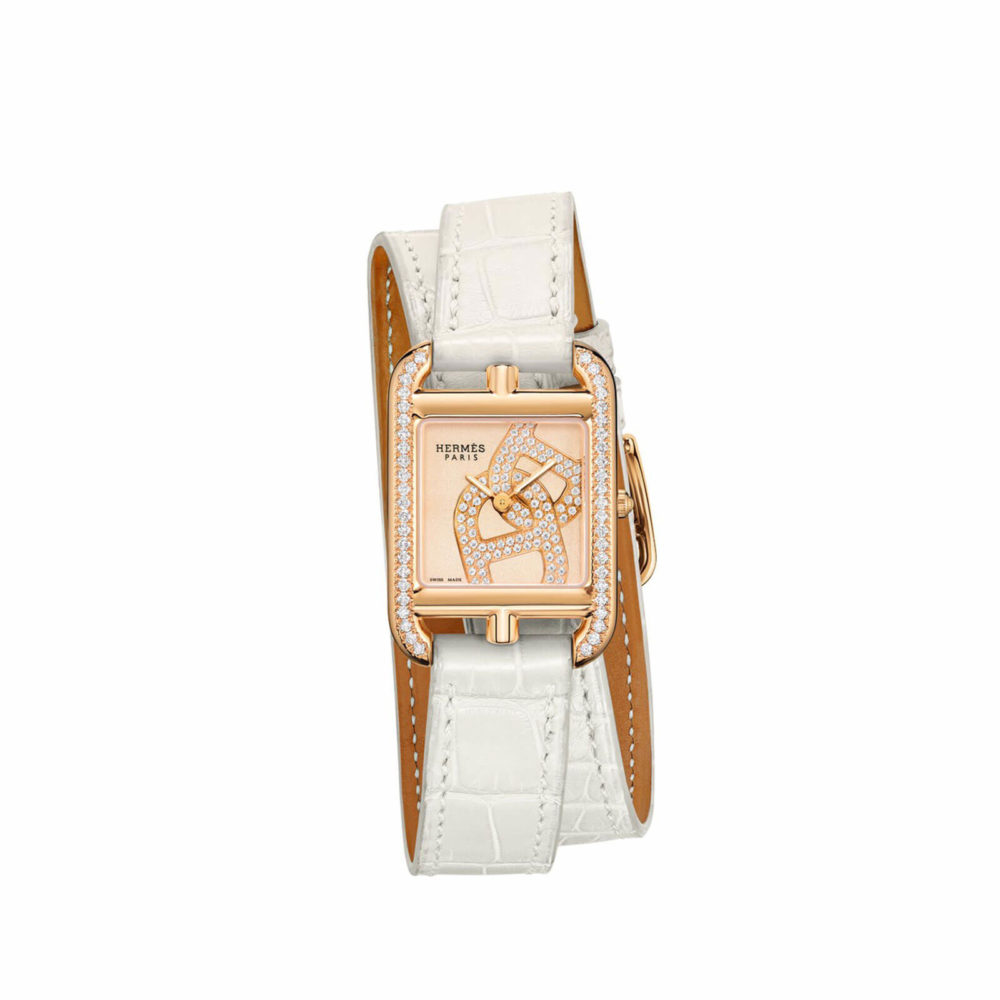 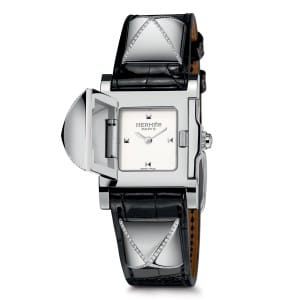 Discover the product
All Hermès timepieces

Our experts are available in our shops for all information and services.